← back to
Green Queen Music
Get fresh music recommendations delivered to your inbox every Friday.
We've updated our Terms of Use. You can review the changes here. 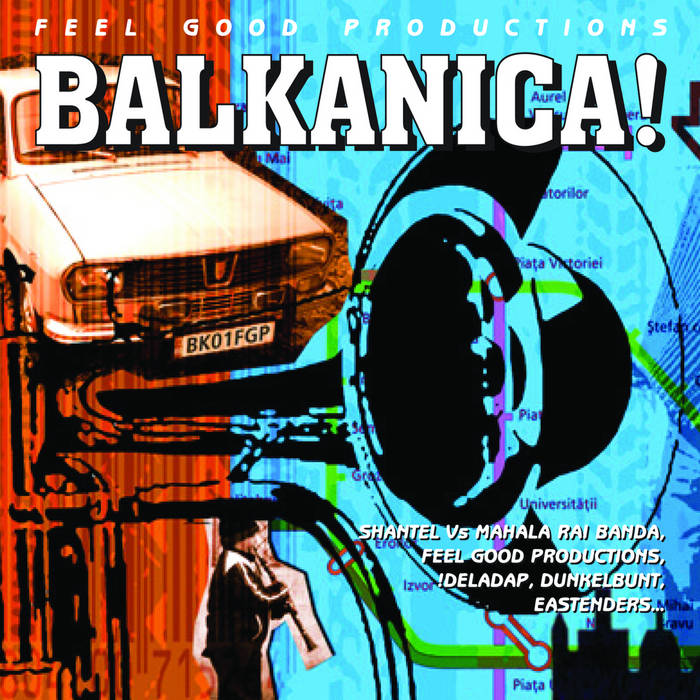 From the producers of Funkadelica vol 1 and 2, a journey into the Balkan & Gypsy scene with some of the best anthems and fresh, unreleased material.

In the last few years, Balkan music had a great influence over the international global beat scene, with club nights held in most European cities and many DJ/remixers who got involved in the genre collaborating with the best Gypsy bands to produce a series of tracks that have been included in every freestyle, global beat playlist. Freshly picked at the Feel Good Farm from Funky Farmer and Pony Rider’s dj bags, here is a selection of some of the best Balkan anthems that have kept the Funkadelica sessions alive. From resident maestro at Bucovina club Shantel, teaming up with Mahala Rai Banda for the “Mahalageasca” Borat movie soundtrack, to Viennese upcoming producer Dunkelbunt working with Fanfara Ciociarlia and Amsterdam Klezmer Band; from Roma rapper Gypsy.cz ‘s to the brilliant sound of !Deladap remixed by N.O.H.A. and many more including: Eastenders, OMFO, Magnifico & Turbolenza, Ahilea, Dr. Cat, Feel Good Productions.

Bandcamp Daily  your guide to the world of Bandcamp

Oakland producer Mejiwahn chats about his breezy and transportive LP.